European press publishers across Europe applaud the outcome of today’s Economic and Financial Affairs Council (Ecofin), which saw the adoption of the proposal to amend the existing EU VAT directive in order to allow Member States to align their digital VAT rates to their print rates.

The European Magazine Media Association and the European Newspaper Publishers’ Association, together representing more than 20.000 publishers across Europe, welcome this decision, which reflects how newspapers and magazines are consumed in today’s digital environment and acknowledges the important role publishers play in a democracy.

“The EU sent today a strong message by removing a major obstacle to the further development of the digital press market in Europe” said Xavier Bouckaert, EMMA President. “This will incentivize new business models and encourage publishers’ dedication to provide readers with journalistic content whilst being able to invest in digital technologies”

“Lowering the VAT rate on digital press will promote the access of European citizens to press content on all platforms, which plays such a crucial role in European democracy” said Carlo Perrone, ENPA President. “Allowing lower rates to be applied to electronically supplied publications will encourage publishers to continue the high investment in quality contents that enable citizens to build an informed opinion as they report about crucial topics for society and foster the democratic debate.”

The outcome of this vote is an essential step towards guaranteeing media pluralism and establishing a basis for freedom of opinion and democracy in the digital world. It underlines press freedom as one of the fundamental values of our European democratic societies and will have a critical impact on our sector’s sustainability. 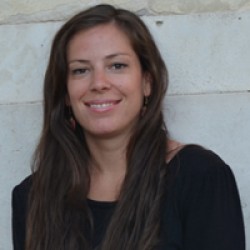 The European Newspaper Publishers’ Association (ENPA) is the largest representative body of newspaper publishers across Europe. ENPA advocates for 14 national associations across 14 European countries, and is a principal interlocutor to the EU institutions and a key driver of media policy debates in the European Union.