Open call on EU Member States not to adopt the DMA unless significant shortcomings that will only protect Google and Facebook are addressed.

The Digital Markets Act (DMA) is a unique chance for Europe, of fundamental importance for the further development of the digital markets and digital sovereignty of the European Union.

EMMA and ENPA were delighted to see that we all shared the need of having an ambitious DMA to address the existing market imbalances caused by the gatekeepers, including Google and Facebook.

However, as key shortcomings such as exempting the gatekeeper search engine and gatekeeper social network from the obligation to provide fair access conditions remain unaddressed by Member States, it bares the risk that the EU surrenders its digital markets to those big monopolies. In fact, the surprising rush of the Member States to adopt a so far underwhelming common position on the DMA due to the unaddressed necessity to extend the obligation to apply fair and non-discriminatory access conditions to all core platform services and at the very least to Google‘s Search Engine and Facebook’s Social Network, will only allow those gatekeepers to discriminate content and decide what Europeans consume, see and read. The DMA will as such become a Google and Facebook protection law.

EMMA and ENPA together with all their members ask Member States to take a clear stance, vote against such plans unless the regulation will clearly forbid gatekeepers to discriminate and to impose unfair access conditions.

Now is the time for Member States to act and put an end to this slippery slope for the future of European democracy, European freedoms and the European economy. 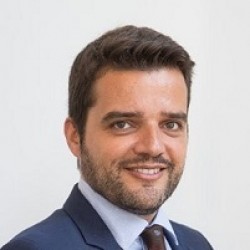 The European Newspaper Publishers’ Association (ENPA) is the largest representative body of newspaper publishers across Europe. ENPA advocates for 16 national associations across 13 European countries, and is a principal interlocutor to the EU institutions and a key driver of media policy debates in the European Union.